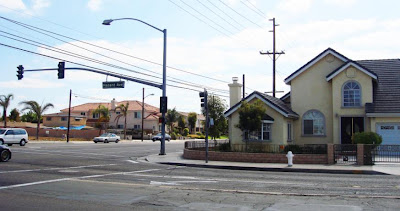 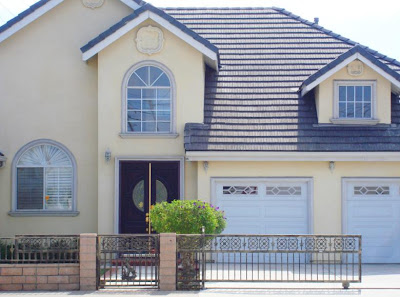 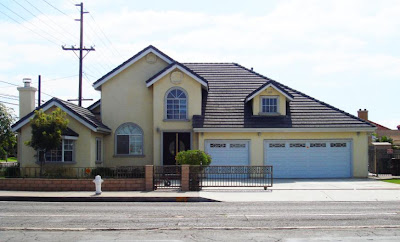 BLOG SMALL TALK: By MARIA TRAN
Myself and Vietlish best buddy Joseph Hieu have had countless crazy adventures ever since our first meeting at 2008 Tet Festival, Sydney. But none has matched up to our up close and personal account with another kind from the third dimension since that night we set foot on the alleged haunted house in Orange County.

“Haunted?" you asked. What does that mean? And yes that was something we both would laugh at, nervously. I mean, there are many other things that we can discuss when Team Vietlish get together, like mc-ing, business ventures, random video clips, skits, script development, guerrilla tactics… Richard Branson…but ghosts, apparitions, supernatural, paranormal, poltergist?

Now, we have both returned home to Sydney and myself, I’m in the comfy space of my desk by the balcony window writing this reflective entry at the late hours of 11pm on a Saturday night. To some, this should be an unmentioned blog entry, but I do hope for others, we can appreciate what we've got on this planet and that we are still alive in the physical dimension.
The Case
There’s not much solid documentation about this case. In fact, we couldn’t find actual articles that retold the rumoured tragedy that spiralled a series of unfortunate events, unexplained mishaps and inconvenient deaths that is directly associated with this house.

But here are some of the stories that have been woven by the local residents who have known that area.

Story no. 1 – Hit-and-run of a female pedesterian.
The story goes that a woman was crossing the street on the corner of Eulcid Ave and Hazard St and was hit by a car, which then the driver took off, leaving her unattended. She was severely injured as a result and crawled across the street to the nearest house in seek of help. She reached the nearest house, tried to call out for help but nobody came to her aid. She was found dead at the front entrance of this house. She was also pregnant at that time.

Story no. 2 – Truck ploughs into the house
The story goes that an accident occurred resulting in the death of a family whom lived at the house while they were driving home to their house on the corner of Eulcid Ave and Hazard St.

So what has happened since the incident?
The house was sold over the years and was in possession of several owners, who've all complained about hearing errie noises and witnessing unexplained and uninviting events. All tenants moved out of the house and even till today, the house remains empty.

There was another death incident that occurred after the unexplained mishaps. The decision was to knock down the house, however during the construction of the current home, a worker fell from the roof to his untimely demise.

Other locals have noted that the presence have been known to affect other properties as well, the liquor store close by, other houses nearby that have drove tenants living near the vicinity of this house to move out.

Our experiences?
Well, you know me, I can’t resist living with my feline curiousity and my influential nature has always gotten the better of renown scaredy cat pal Joseph. So on Monday 5th Oct, 2009 (8pm) I narrowly convinced Joseph to drive to the local property for a quick check.

Joseph dropped me off two houses earlier to the property and I walked the way to have my first physical encounter of this unique house.

I have to say, the street was super dead quite, not a living sound just a strange thick humming above my head, which could have easily been reasoned by the overhead powerlines. The house itself, had its mouth wide open-a stainless steel gate that had an unwelcoming feel to it-and such magnificent bright lights were streaming out, both upstairs and downstairs and even through the garage. I casually strolled up to the front door, tempted to knock to find out who is occupying such a home, and to find out if it is necessary for them to waste such electrical resources without an obvious reason.
I did note that upstairs there was a shrine of worship of some sort, I couldn’t make out what it was. Jesus? Not certain.
The truth was, I kind of felt a little disappointed, the haunted house on Euclid Ave seem less scary as the local have yarned it out to be.
Meanwhile, chicken of the night, Joseph slowly rolled his car to past the house, and signaled me to quickly get into the car so we can make our grand escape from Deadsville.

That night while we slept at Saigon Inn, things didn’t seem quite right.

A couple of things happened. I had a few weird bouts of moments where I literally couldn’t move myself, an invisible strong pressure on my body forcing me on the bed. I broke free several times, but would lapse back into sleep only to undergo the same thing. At times, I recall whispers in my right ear. But in general, I come from a pretty rational background and I’d still attribute those accounts to fatigue, tiredness and lack of sleep.

Joseph, in the morning, reaccounted dreaming of a shadowy figure that stood over him. But again, he was sure of how to react – whether dream or not, so instead passed it over.

Our following nights ceased to be normal, we encounted strange unaccounted knocks, bathroom noises, plumbing issues such as water turning on and off and ever now and the our lamps would sway like if there was wind passing through room–when neither the window nor doors were open.

The final straw of coincidence is when we ate a late dinner at Pho Thanh Long – Bolsa Ave and during that time a strange old lady came straight to us, insisting that we buy a bunch of flowers. Joseph, proving his chivalry, did and the lady left with kind words of bidding us happiness. Her final errie suggestion was that this bouquet of flowers were appropriate for an alter. She quickly huddled away and I was left with a reasonable image of returning to the house, a tingling feeling down my spine and a question mark in my head.

I told Joseph what I felt, I even called upon the waiter to enquire about the flower seller and her relations with the resturant. He even noted (without a clue) that there was a strangeness about the woman and that she had seen something.

Everything began to urge me to visit the house again, at the wee hours of 2am. Joseph resisted. He said no repeatedly. We paid the bill and left the resturant. We decided to go on a walk and debate the issue further. Coincidences began to further emerge. Each time Joseph walked past a lamppost, the lights would turn off.

Luckily, our new found muso friend Tony T. Nguyen, called and we made arrangements so that he could join us to lessen the fear factor on Joseph’s part.

Joseph nervously drove to the property, I could tell that he was nervous. He was singing random Thuy Nga – Paris By Night songs in such a haphazard manner and at inconsistent volumes.

We stopped at the front and I jumped out. This time, the house looked very different. There were no lights and the gates were bound shut. There was a moment in my head when I wanted to jump the gate, but I didn’t. At 2am, I decided to rest the beautiful floral bouquet on the gate.

We jumped back into the car to confirm mission accomplished to the team. Joseph started the car. It didn't work. Joseph repeatedly attempted again and again. Nothing happened. 2am. Parked in front of an alleged ghost house in the middle of nowhere. Perfect horror movie scenario.

“Your gear is not in parked,” Tony commented.

We visited the house in the morning to take a picture of it. No flowers. I hoped whoever (or whatever) took it appreciated our efforts.

So that’s the story behind Vietlish and our encounter of the house on Euclid Ave & Hazard St. I’d love to hear what you think. Any similar experiences out there? Any alternative explanations? Email maria.tran85@gmail.com.
Posted by Maria Tran at 6:42 AM 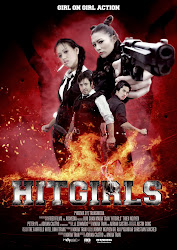 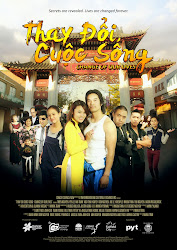 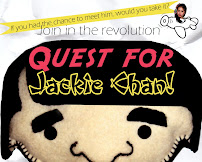 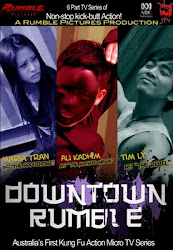 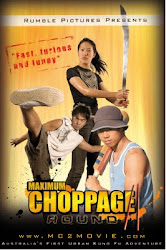